The Club’s professionals teach lessons to beginning skaters during group lessons and are available for private lessons during Club ice time.  Please send emails to [email protected] for contact information on any of our coaches. 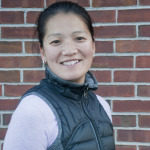 Jacki started coaching with SCAD in 2001 and has been the Executive Director of SCAD since 2005.  She received her training in Lake Placid, New York.  Jacki is a US Figure Skating Quadruple gold medalist in moves in the field, freestyle, figures, and dance.  She is Professional Skater’s Association certified in moves and freestyle, certified in sports science, CER-Category A, as well as PSA hockey level 1 and power skating certified.  She has coached students through their USFS Gold medal in moves in the field as well as freestyle and pre-gold dances.  Jacki also coaches the Dartmouth College Figure Skating Team- six-time National US Intercollegiate Figure Skating Team Champions.  Jacki coaches any level of skating at any age in Freestyle, Moves in the Field, Dance, and hockey. 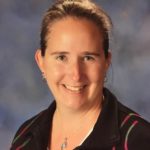 Rose is one of our veteran SCAD coaches and skater. She has coached with the club since 1994 and has been a member since she six years old. During her training with J. Michael McGean, a National Champion ice dancer, she passed her preliminary dances, third figure and novice freestyle. In her adult career she has passed her Adult Gold Freestyle and Adult Gold Moves in the Field tests. Rose continues to attend conferences and seminars to further her knowledge of figure skating. She has taken her Professional Skater’s Association basic written exam. Rose enjoys sharing her passion of skating with skaters of  all ages and hopes to inspire them to enjoy skating as a life-long sport and/or competitively.  Rose is a certified personal trainer in the upper valley and also holds several other certifications including being certified physical education teacher.  She can teach all levels of skating from beginner to advanced, pre-school to adult. Rose is at the rink for all SCAD sessions: Sunday, Monday, Tuesday, Thursday, and Friday. 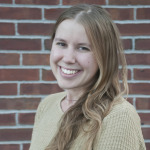 Sarah Jo has had the opportunity to work with World and Olympic coaches, including David Wilson, Rosanna Tovi, Andrew Naylor, Peter Burrows, and Paul Duchesnay in Lake Placid, Montreal, New York City, and Florida.  After competing in national qualifying competitions at the Novice level, she became a pair skater, partnering with Themistocles Leftheris. Her accolades include being a gold medalist in Moves in the Field, Eastern Sectional Pair Champion, a 2000 National Championship medalist, and a former International Team member. In addition to competitive experience, Sarah’s training is highly influenced by the creative and conceptual performance employed in ballet and ice exhibition production, which she has studied under Kennet Oberly, formerly of the Boston Ballet. Sarah’s highest interest is partnering with a skater to help him/her achieve his/her goals through individualized instruction that focuses on bringing out both the artist and athlete through this fusion method.  Sarah Jo is available Monday, Tuesday, Thursday and Friday for private lessons.

Hollie is a double gold medalist in Moves in the Field and Freestyle.  She was a Regional and Sectional competitor and trained with world and Olympic coaches Christy Krall, Janet Champion and Kathy Casey.  Hollie has 25 years coaching experience.  She started her coaching career at the World Arena in Colorado Springs,  Colorado in 1996.  She moved to Chicago, IL in 2000, where she coached in Naperville, and was the assistant Learn-to-Skate director at Seven Bridges Ice Arena.  For the past 17 years, Hollie has been coaching in Littleton, CO at South Suburban Ice Arena under the directorship of Gerry Lane.  Hollie is an International Coach, PSA Senior Rated coach in Freestyle and PSA Registered coach in Moves in the Field.  Hollie has been a choreographer and assistant director for many club ice shows as well as a director for many hockey power/edge clinics.  When Hollie is not coaching, she enjoys spending time with her 9-year-old daughter Maryn, 6-year-old son Gavin and husband Patrick.

Anne-Marie is a SCAD alum, who started skating at age 12 with 4-time National Dance Champion, Lois Waring McGean. Her 32-year coaching career also began at SCAD in 1988, and she has taught in clubs and training camps in 9 states across the country in figures, freestyle, dance, pairs, Theatre on Ice and synchronized skating, as well as hockey and speed skating basic skills. Highlights of her own skating include winning Intermediate Ladies gold at the 1984 Intercollegiate Championships in Boston, performing with the New York Ice Company (NYC) in 1987-88, rollerskating in a 1992 GAP commercial, doubling for Nancy Kerrigan in her 1995 Disney TV special, and skating, coaching and choreographing for her 2008 National bronze medal Theatre on Ice team, winning the award for musical arrangement as well. Anne-Marie coached the 1998 National Adult Ladies Gold champion, was the skating director for the Greenfield FSC in MA and coached the Colgate University and Hamilton College figure skating and synchronized skating teams in NY.  She has her USFS Fourth Figures, Novice Freestyle, Pre-Gold Dance and Bronze Free Dance tests and ISI Gold judging certification.  Outside of skating she is a rugby coach for collegiate and youth teams.  Anne-Marie teaches all ages and levels and is available for private lessons.